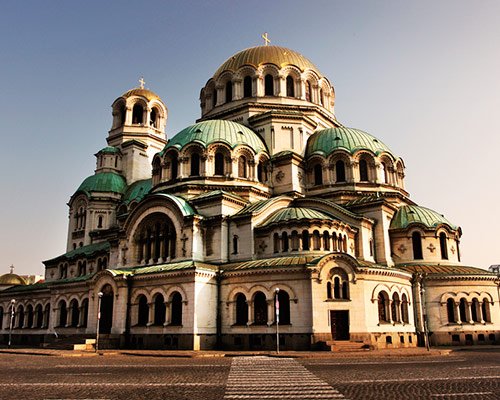 We have been working with our Bulgarian colleagues since 2001 and have a nearly seamless working relationship. Here are some of our cultural differences.

Developers can be sourced from many continents. China and India are development hot spots, as are many cities in South America and Eastern Europe. Each country has a distinctive culture and unique set of challenges, but with careful planning and understanding each can be a great development center.

MentorMate is built on offshore mastery. Our CTO Dimitar Dobrev has managed our Bulgarian development offices since 2002. Since then, we have expanded to a total of four development centers in Bulgaria and our collaboration with our offshore teams has become almost seamless.

Why Bulgaria? Initially it was necessity, CEO Bjorn Stansvik and CTO Dimitar were friends and founded the company together. Dimitar lived and worked in Bulgaria and had the connections to build a mobile development operation. Since then MentorMate has had the opportunity to switch countries (even stop offshoring altogether) but after careful consideration, we decided to stay with Bulgaria for several reasons. Primarily, the culture in Bulgaria is similar to our own. They have a western work ethic, capitalist democracy, and similar societal norms (greetings, marriage traditions, relationships). Basically, they think a lot like us, and have similar wants and needs. Additionally, compared to India or China the time difference is much more manageable.

Of course there are still some differences, which are important to understand.

As we continue to operate as a global company with offices in the US and Bulgaria, understanding cultural differences is important not only to us but to our clients. Our advantage in lower costs will only make sense if we are able to maintain high quality development. Communication and team work between American and Bulgarian developers and management is critical in maintaining high quality standards and keeping projects moving efficiently. It is crucial that we continue to innovate with new technology and methods to bridge our differences in location, language, time, and culture, for the seamless collaboration that our clients expect.

Blog
Embrace Psychological Safety in the Workplace
Blog
17 Reasons Why Your Business Needs a Mobile or IoT Solution
This site is registered on wpml.org as a development site.