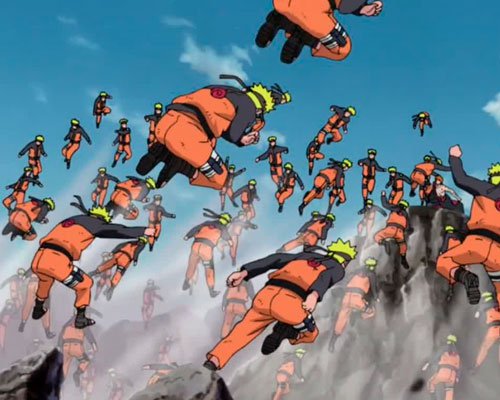 The script starts by creating a copy of all of the important information in a staging area. Keeping the staging area intact will help speed up the backup after it has been run once since rsync is used for most of the copying. After the staging area is updated, we use rdiff-backup as our incremental backup system. The rdiff-backup repository can then be copied to other local and offsite locations to increase redundancy in the backup. The output is sent by email every time the backup runs, so we are automatically updated on its status, and can correct any errors that may have taken place.

We use a mixture of standard desktop hardware, server hardware, and virtual dedicated servers for our infrastructure. Services requiring reliability are all run on the virtual dedicated servers providing uptime guarantees. All of our backups are gathered and stored on two local computers, each with a raid 1 array, and copied to an offsite computer.

Bash is an interactive shell and a scripting language that is installed by default on Linux, and can be configured on many other operating system. We use it for the backup system because it is easy to call other programs that are already designed to do a lot of the work that we need to do for the backup. This gets us a full backup in less than 100 lines of code. The small amount of code makes it easy to proof read and test for errors.

Rsync is a very common program for copying data from one location to another when bandwidth can be limited, or when large amounts of data must be copied. It first checks if the file exists in the destination, and, if it does exist, makes sure that it is that same file. If the file already exists, and is up to date, the file is not copied. For our backup, this saves a lot of time since there is generally only a small amount of files that change.

OpenVZ allows us to quickly and easily set up new virtualized environments, known as containers. OpenVZ containers are not fully virtualized, so they do not require as many resources as traditional virtual machines. Our OpenVZ containers are used to quickly and easily set up testing environments, and to provide some of our services within our office that do not have the uptime requirements of the services running on the offsite virtual dedicated servers.

Logical Volume Management (LVM) is an abstraction layer between the hard drive and the partitions and filesystems on that hard drive. One or more hard drives or partitions, known as physical volumes in LVM language, can be combined into a volume group. The volume group can then be divided into multiple logical volumes, which behave like partitions and can be formatted like a normal partition would be. There are many features in LVM that provide an advantage over normal partition management including resizing partitions and volume groups while the filesystems are mounted, moving the logical volumes from one physical drive to another, also while the filesystems are mounted, and many other management tasks. Our backup script takes advantage of the ability to create a snapshot of a filesystem. A snapshot creates another logical volume that is an image of the first logical volume frozen in time. Any changes that are made to the files on the original logical volume will be stored in the extra space at the end of the volume group that is dedicated to the snapshot when the snapshot is created. Business can continue as normal as we create a backup from a consistent set of files where we no longer need to worry about someone writing to the files while we are backing them up.

Subversion is a version control system. We use it for all of our development projects to ensure that each team of developers is working with the most recent version of the code. Because all of our projects use subversion, we have built up a large collection of code that would take a long time to fully back up each day. We use subversion tools along with some bash scripting to compare the most recent version of the code in version control with the version that we last backed up, and only back up the changes.

Grep, Sed, and Others

There are many other tools used throughout the script. The two biggest examples are grep, a regular expression program, and sed, a stream editor which takes some input and changes it as specified. If you want to know more about any of these tools, you can look them up in the Linux manual pages, or you can find more information on them using your favorite search engine.

Following are the variables that are used in this script. Some of the values have been changed for security reasons.

For each server that is running OpenVZ containers, we want to make a full backup of each of the containers.

This will give us enough to restore any of our containers to the point at which the backup was taken.

We use subversion for version control. It’s very easy to dump a full backup of a subversion repository, but when the repositories get large, this can start to take a lot of time and bandwidth. It is better to only back up the new revisions.

Crontab from the Backup Server

If our main backup server goes down, we want to make sure that we know everything that it was doing. All of our important backups jobs run as a single user, so we only need to get one crontab here.

Now that we have everything in the staging area, we want to copy it to a more long term location. We will do this using rdiff-backup, which will store multiple revisions of our files without making a full copy of each one. We then need to remove old revisions of the files so that the repository does not get too large. In this case, we keep 10 versions of the files.

The final step is to make sure that we have multiple copies of our big backup. The rdiff-backup repository is copied to a second onsite server, for easy restore in the event of hardware failure on the backup machine, and an offsite server.

By gathering all of our information into one place, then taking an incremental backup and sending that to remote servers, we have easily created a backup script that stores incremental versions of all of our important data in one place.