Quality code is an essential element of successful software. Code that is written poorly not only makes for bad software, but it also makes a development team’s job harder to do. Complex lines of code diminish API functionality, slow down overall performance, and reduce scalability of the application.

Every development team should strive to create small, maintainable units of code. Leveraging operations helps them achieve this goal. Product owners and development teams alike will realize the following benefits when operations are utilized:

Whether developers are beginning to write a new application or want to refactor an existing one, operations can be added to improve software quality at any point. Regardless of project size, development teams can leverage operations to improve software maintainability, scalability, testability, and the opportunity to write clear code.

Operations Organize One — Or Many — Features and Improve Software Quality

For some tasks, like cleaning or reading, it doesn’t matter which comes first.
Some are best done at the same time — like cooking and listening to music.
But for others, order matters. A person needs to buy the proper ingredients before they can cook the meal.

These same concepts apply to the operations developers use when building code.

An operation is a small unit of code that encapsulates logic that usually generates asynchronous tasks. Coding asynchronous tasks are essential to high-performing applications. For example, as a user to reads an article in an application, the application will simultaneously fetch other suggested articles to read afterward.

In iOS, the operation logic is represented by Operation class. It is a high level wrapper for dispatch_block_t. This gives developers access to documentation of the lifecycle events of an operation.

When developers have access to lifecycle events, they are able to cancel, start, and suspend operations. They can also gather information about what happens during an operation, arming them with better data to improve software quality.

Operation is an abstract class and should be inherited. An operation may be in one of the following states:

Beware that when a developer changes properties like “Cancelled” or “Ready,” only their boolean values are changed. While the property may be set to true or false, no action has actually taken place. The developer must take care to specify and write the action after changing the boolean value.

A developer cannot directly remove an operation from a queue after it has been added. An operation remains in its queue until it reports that it is finished with its task.

OperationQueue has a property for adjusting the number of concurrency objects, which is known as maxConcurrentOperationCount.

How a Single Operation is Executed

The diagram above shows the process initiated when maxConcurrentOperationCount is set to one. Even if two or more operations become ready in the same time, only one will be started.

In this case the queue follows a First-In-First-Out methodology. The operation that enters the queue first will be executed before all that come after it.

How Multiple Operations Are Executed

When max concurrency operations allow more than one task to be executed at a time, those tasks are executed in parallel. The diagram above illustrates how when three operations become ready at the same time, they all start simultaneously.

What happens if an operation can be executed only after another operation has finished?
This is where dependency in operations comes into play.

The accessing profile task cannot be executed if the user has not yet logged into the profile. The case is illustrated on the diagram below.

An operation provides the dependency functionality via the addDependency() method. Dependencies are not limited by the operation queues in which they are written.

But developers should avoid writing two operations that depend on each other. Instead the dependence should go one way only. Either operation 1 depends on operation 2, or vice versa.

How Do Operations Improve the MVC Design Pattern?

Design patterns make the programmer’s life easier and improve software quality. One of the most popular design patterns for developing web and mobile applications is Model-View-Controller (MVC). It contains three groups of objects:

Apple recommends using MVC for developing iOS applications. While MVC has been around for a long time, it has been updated very infrequently. Many people love the pattern MVC provides, but just as many find it ineffective. Following MVC can be problematic, resulting in a Massive View Controller. If this happens, It can be more difficult to write code in the ViewController properly. Massive View controllers are hard to maintain and slow down development velocity and the project adoption.

We think that operations can be used to prevent the Massive View Controller, extend the MVC, and improve software quality.

In the following example, we demonstrate how operations can be integrated in a project that supports users as they log into their GitHub account, view their profile, and explore repositories. If you are interested in the topic and curious about our ideas, here is the full version of the project.

Our example is based on the popular programing language, Swift, which Apple developed. Objective-C is the other language used for developing iOS applications. It also supports Operations, and while it uses a different syntax, the same rules and techniques for writing operations are valid.

We create our own subclasses of Operation and OperationQueue. We’ve called them base classes. The name refers to artefacts that contain generic, shared code between different objects — BaseOperation, BaseOperationQueue, and BaseGroupOperation.

We used this class, OperationManager, to build the operation queues. It starts, cancels, and tracks execution of the operations.

Developers can go with one or more queues. We decided to use two types of queues:

Why is it functional to have a different operations queue to authorize user into the application?
Suppose the authentication token expires. If you have a separate queue for renewing it, you can suspend the queue currently running and start it again after a new token has been acquired.
The OperationManager provides an interface to execute one or more operations with or without dependencies:

The first method uses parameters like queue type, operation, and a completion block.

The second method takes as parameters the queue type, collection of operations, whether they have any dependencies or not, and a completion block.

Note that if the dependency parameter is true, the оperations will depend on each other in the same order they are added to the collection.

In the startOperationSequence method, the block will be executed once all of the operations are done.
This class has some other main functions – to manage all of the queues and if it’s necessary to cancel, pause, or restart particular operations:

OperationQueue is not an abstract class.

BaseOperationQueue will keep track of errors and results returned by the operations in the queue. This is necessary in the case of starting a sequence of operations with one completion block.

We created a BaseOperation subclass. It is designed as non-concurrent, but notice that оperations in the queue are always executed on a separate thread, regardless of whether they are designated as asynchronous or synchronous operations.

The base class is responsible for the readiness of the operation. It holds the logic that dictates when an operation is ready to be executed. For example, the logic might dictate whether an internet connection is necessary for the operation to complete.

This base class also takes care of the correct finishing of a task. Even for asynchronous tasks, like a service request, are Finished and will be set properly.

Some of the operations can implement the NetworkRequestable protocol to describe a service operation. This protocol describes all required parameters for a service request to be created.

Another specific type of operations are database connected operations.

For our purposes, we created DatabaseOperation as a subclass of BaseOperation. It holds the logic for common actions and conditions associated with database usage.

This is a different type of operation, which holds and executes logically related operations.
BaseGroupOperation is special because this class has an internal queue and can execute multiple operations. In the init method of the group operation you can define the logic for handling the group of operations. This class is also a subclass of BaseOperation.

Login With a Group Operation

Assuming that the developer uses CoreData, the following steps are typical to execute a login operation:

Each of these steps leverage different operations within one larger task. Each time the user logs in, these operations will be executed in this order.

Grouping operations such as this one is convenient to developers and can improve software quality by providing the end user with a smooth and reliable experience in the software.

The following operations reveal user repositories through the view controller:

Different operations can have different responsibilities, from sending server request to parsing data or saving the database context.

While the logic for each piece of work is in a separate operation, they have relations between them that are critical to overall software functionality.

How Do Operations Improve Software Quality

You Built an App. Now What?
Download Our Guide

Operations effectively break code into maintainable pieces that are more easily refined, tested, and built upon over time. Operations allow you to abstract the underlying implementation. For instance, if there is an operation that should parse a server’s response and save it into a database, you can effortlessly change frameworks for connection with a different database.

Siyana brings to the table over four years of experience as an iOS developer, but recently began training in Java development to expand her capabilities. Her daily tasks include documenting development processes to help her team refine software for clients, as well as learning and practicing writing Java code to expand her skillset.

Some of her career highlights include leading workshops with her colleague Gabriela Zagarova during the 2016 and 2017 MobCon Bulgaria conferences.

When she isn’t expanding her capabilities as a developer, Siyana is working to complete her Master’s degree in Information Retrieval and Knowledge Extraction. In her free time she enjoys taking photos and dancing folk dances.

Software is never done, and Gabriela is deeply familiar with this reality. She strives to stay current new trends in iOS functionalities, she advises how to build better applications for iPhone and iPad. She enjoys writing high quality and maintainable code so her teams can deliver better products to MentorMate’s clients. 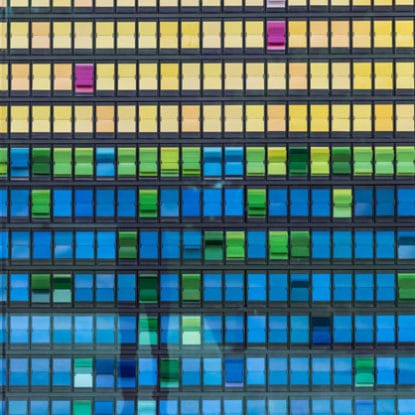