How to Impress a Girl — Start a Tech Company

How MentorMate founder and CEO Björn Stansvik came to the US, founded MentorMate, and grew his company — it all started with trying to impress a girl.

When I learned that our CEO was speaking about his professional journey at a leadership event, I had to attend as there was some genuine curiosity bubbling up in my head about Björn. I never heard the full story from him, only bits and pieces from others. Little did I know, I was going to be one of dozens of people dropping their jaws from the sincere shock of how he came to the US and created MentorMate.

Björn Stansvik came to the US with a stack of 200 resumes and had one goal, to find a sponsor.

Being that he only had a 90-day window to do so, he knew he needed to stand out, be strategic and find a 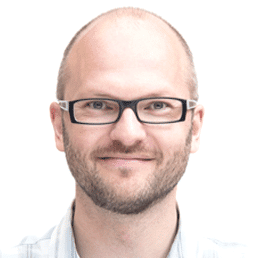 company that could help him grow professionally. Hunt Technologies was the first company that caught his attention. He came into the job interview with a S.W.O.T. analysis and told them what they should do with their company and why they should hire him…pretty direct. While impressed with his ideas, they were not able to sponsor him and sent him on his way.

He took some time, conducted further research and put together an 80-page report (which they didn’t ask for.) He gave it to them as a gift, then asked for a volunteer position (no pay) with a computer and a desk. They gave in. For the next several weeks, he invited himself into meetings, spoke up whenever he had an idea and made himself known in the organization.

Hunt Technologies soon realized they needed to sponsor him, or they would lose a very good thing. So they did.

After 2 years with Hunt, Björn started thinking about the next big thing. During that time in 2001, he met a girl, and soon realized that an 80-page report or S.W.O.T. analysis wouldn’t impress her. So, he developed a Palm Pilot educational tool and showed it off to her as one final attempt to win her over. It worked. That was the start of MentorMate.

Now MentorMate is a mobile development, design, consulting and strategy company. Along the way, Björn has built out his vision for technology, especially in the mobile space. Currently, his eyes are set on the continued evolution of mobile, such as building out predictive models and discrete wearables. He’s brilliant, tenacious and truly inspiring.

Special thanks to Paul Batz, Founder of Good Leadership Enterprises, for inviting Björn to speak at his leadership networking event and for the warm introduction!

Blog
How Connecting With Community Nurtures Growth
Blog
How to Translate Your Visual Identity to Software
This site is registered on wpml.org as a development site.