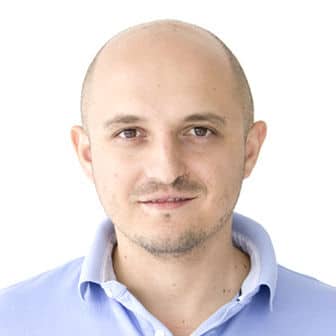 Stefan began playing around with software development in the early 90’s plotting fractals and building games using BASIC and PASCAL. He received a theoretical foundation during his BS in Computer Science at Georgia Institute of Technology, where he graduated with honors. Later he earned an MBA in Finance from the University of Sheffield to add more expertise to his leadership practice.

Before joining MentorMate in 2008, Stefan spent several years working at custom software development companies around the U.S. and Europe. He participated in the full life cycle of planning, building, and delivering commercial software solutions.

As the Country Manager for Bulgaria and VP of Operations, Stefan has two primary roles. First, lead the 600 strong engineering organization in the successful delivery of software at 100% client satisfaction. Second, ensure that MentorMate is the best software company to work for in the region.

In his spare time, Stefan enjoys spending time with his daughter and baby son, hiking and biking the beautiful Bulgarian mountains, and traveling around the world.