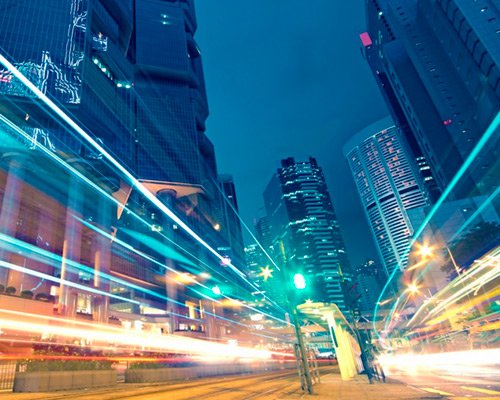 Three Signs the Mobile Era is Upon Us

The biggest players in tech just ended all doubt that the mobile era is upon us, and revealed a lesson organizations of every size can take away.

“Every company will soon be a mobile tech company. The internet giants showed this week that they know this. Others had better realize it too.”
~Christopher Mims writing at Quartz, April 26, 2014

A couple of years ago we decided to stop using the word “emerging” to describe the potential of mobile technologies. We’re a mobile solutions company, so we figured we really ought to be talking about mobile’s power in the here and now. It was a tough habit to break – Mobile has been revolutionizing so many parts of our lives for so long, that it’s hard not to think about as something always on the horizon.

It’s about to get a lot easier. Last month, some of the biggest players in tech released their earnings reports, and the numbers leave no question that mobile is the future of the tech economy.

Here are three signs we already work in a mobile economy, and the one clear lesson we think every mobile strategy should take away.

It’s hard to exaggerate the speed of Facebook’s growth in the mobile advertising. At the beginning of 2011, Facebook had zero mobile revenue. But after a rough start, Facebook invested heavily in its mobile platform, and it paid off massively. In the last six quarters, while other revenue has held steady, mobile ad revenue has increased almost eightfold, and mobile now brings in more advertising revenue than all other platforms combined. The graph says it all: Apple surprised analysts by breaking yet another revenue record, but the numbers also had another story to tell. Sales of the iPhone vastly exceeded expectations, while revenues in every other area fell. That means the iPhone is entirely responsible for Apple’s continued growth, and that all of the companies innovations over the past three decades, making it the world’s most iconic brand, and the most valuable publicly traded corporation on the planet, are now funneling around a single mobile product. As Quartz’s Christopher Mims writes, “Apple earnings prove it. This is a phone company.”

Amazon is famous for deferring profit, and perpetually reinvesting revenues into an ever-expanding line of retail services. One of its biggest new projects is an own-brand smartphone. Much of the hype around the proposed phone has revolved around its 3D display, but an even bigger innovation could be the way it steers users towards Amazon’s other services. Reports of a “Prime Data” package suggest that Amazon may offer users of its smartphone free data when using some of its other services, notably streaming entertainment available through its Prime service subscription.

What do all three tech giants have in common right now?

Okay, so we have our own biases here. User experience is the heart and soul of our work in mobile, a closer look reveals that the mobile strategies of Apple, Facebook, and Amazon all center around key innovations in user experience.

Apple has always taken user experience seriously, and its latest triumphs are directly traceable to its investment in a usable interface and pleasing aesthetics over raw functionality and price point. There’s an irony to Apple’s iPhone driven growth: a host of competitors with much lower price tags incorporate all of the same essential features as the iPhone. Apple is winning because users are buying more than a list of stand-alone features. They’re buying an experience—we might even call it a way of life.

For Facebook, a user experience focused mobile strategy means a shift from traditional display advertising towards native advertising, and finding concrete ways to monetize its biggest asset: the troves of robust data it has on the interests and behaviors of 1.28 billion users. With Facebook Audience Network, user data allows for customized native advertising that can bring value to both advertisers and publishers. Facebook’s message is clear: mobile advertising revenues will be directly related to user experience, and on the smart cultivation and mobilization of the data it produces.

Amazon has always been more than an effective place to buy products, its focused on being an effective way to buy goods. Its first forays into smartphones are about creating an engaging user experience that can connect users to the Prime service, the central pillar of its business strategy. If Amazon’s wide range of services, from streaming movies to buying groceries, have to coalesce in a single coherent experience for its customers, and that means creating a mobile platform than can meet users where they are.

The takeaway: The biggest players in tech just ended all doubt that the mobile era was upon us, and at the same time revealed a lesson organizations of every size can take away: the creation of innovative user experiences is the key to future growth. How are you ensuring your company is providing an innovation mobile user experience – both today and tomorrow?