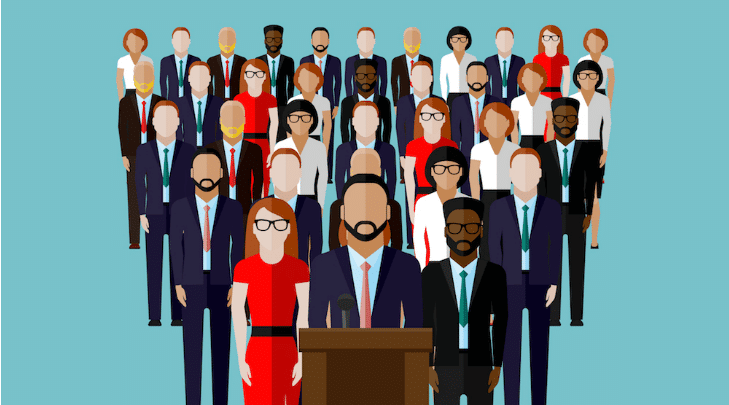 This year’s hidden secrets and innovative projects from Google I/O were shared last at the ATAP (Advanced Technology and Projects) keynote-like session. This group of researchers, that call themselves pirates, shared their latest projects bound to change the way technology interacts with humans. Here are the 10 things you need to know about Google I/O 2015:

Google opened the ATAP session with Project Soli, an initiative aimed at enabling the use of technology through gestures with radar. This tiny chip, small enough to fit in a smart watch, is a full system capable of measuring velocity and distance, and therefore motions and gestures, allowing the user to control devices with ergonomic and intuitive human-tailored motions.

Google’s new interactive textile experience, named after Joseph Jacquard’s weaving process and loom, aims to transform your clothes into wearables. Partnering with Levi Straus, Google has developed a method of weaving in touch-sensitive strands of copper into every-day wearable fabrics. Both Soli and Jacquard focus on “tech infused with humanity” by allowing the user to interact with technology without actually touching the actual devices they aim to control.

Humans are bad at remembering passwords, and in this day and age, with more and more of our lives connected to our mobile devices and our technology, security has become a focus. Fingerprint authentication is certainly a step in the right direction, but Project Vault has found a better way. Vault is a removable card that slides into any Mirco SD port and is operating system agnostic. Instead of what you type as  your password, Vault measures how you type or say your password, increasing the security over 10x more than any existing user authentication system.

So far, wallpapers, ringtones and covers are the extent to which a user has been able to customize their mobile phone. Project Ara introduces a modular approach to mobile devices. Google engineer Rafa Camargo physically assembled his smart phone and booted it in less than 1 minute. This new way of thinking about mobile phones allows anyone to customize the components of a phone by just sliding in a “camera” or “speaker” capabilities into the phone hub’s slots.

Although not that much different from the already-existing Google Wallet, Android Pay makes things a bit easier. This new-ish, hands-free payment method similar to Apple Pay is built right into the operating system. It no longer requires a user to open a separate app and enter a pin. It will also take full advantage of any phone with fingerprint reader, allowing you to pay effortlessly.

This is by far the most exciting thing about Android’s new operating system, Android M, yet to be given a name. Most everyone is familiar with Google Now. The added feature, Now On Tap, provides contextual information on almost anything that you’re doing on your phone. It proactively gives you the information you’re looking for, learns your lifestyle and behaviors and helps you get things done.

Imagine your friend emailing you about the new movie that comes out on Friday that he wants to go see. Now On Tap would bring up the movie ratings, trailer, and nearby theaters and times available for Friday. But it gets even better! Now On Tap is able to interact with any installed application on your phone, whether it be the Whatsapp messaging app, or the music-streaming Spotify app. Now On Tap has seamlessly solved connecting us to the right information at the right time.

This year Android M focused a little less on innovation, and a little more on getting things right and improving existing experiences. Doze is a mode on mobile devices that is able to identify a device’s idle state and switch to a low-power state by doing less in the background and prioritizing actions, such as suppressing unimportant app notifications, therefore extending battery life significantly.

A big change for Android’s new operating system announced this year at Google I/O was application permissions. Android M aims to empower the user to choose and grant permissions not all upfront upon app installation, but as the app interactions require permissions. Additionally, users will be able to change their minds and individually revoke access after-the-fact of certain permissions for whichever application they desire.

9. Brillo and Weave – Internet of things

Brillo and Weave offer an ecosystem for the IoT (Internet of Things), with a focus on smart homes. Brillo is an Android-based operating system, and Weave is the cross-platform communications layer that allows devices to talk to one-another. Google aims to standardize and simplify the IoT.

Google revamped its existing Google Photos app and now offers unlimited storage for all media. The coolest feature is the app’s “Assistant” that categorizes your media by person, location, and category.

Originally from Australia, Stefanie started her career at MentorMate in 2011 as FLASH Manager. In her current role as Director of Operations, Stefanie leads a full range of operational and financial initiatives including resource and demand management, internal process development and implementation, and project transitions. Stefanie holds a Bachelor’s degree from the University of St. Thomas in St. Paul, MN and a Masters of Business Administration from Hamline University in St. Paul, MN. Beyond MentorMate, Stefanie is an avid salsa dancer, foodie, world traveler and Instagram addict.