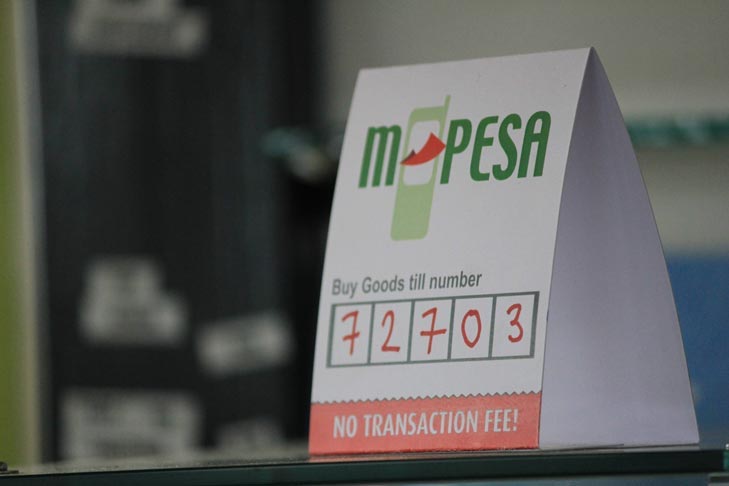 Even though it is considered a third-world country, Kenya is actually a fair bit more “advanced” than us Americans when it comes to mobile payments.

Get a few mobile designers talking about how mobile is changing cities, and chances are we’ll start telling you about how some thrilling new technologies will change urban life: smart energy grids that use data from mobile users, say, or self-driving cars coupled with efficient traffic management through the cloud. The mobile metropolis you would hear about would almost certainly be a rich city in the developed world, full of glass and steel. It would probably sound nothing like Nairobi, Kenya.

That might just be a mistake on our part. We’ve been reading a lot about the use of mobile phones in Nairobi recently, and it’s changing our thinking about what we mean when we think about a truly mobile society. Despite low rates of smartphone use and a spotty 3G network, Kenya is leading the way in fulfilling one of the fundamental promises of mobile technology: the financial empowerment of citizens.

Through a network called M-Pesa, anyone in Kenya with a SIM card and access to a cell phone can instantaneously send or receive money to any other cell phone that has also been activated on the system. For designers used to working with smartphone technology, M-Pesa is essentially a jury-rigged app. The kicker, though, is that by almost every measure it’s way better than the real thing. M-Pesa moves money more effectively than any smartphone app out there. If that seems like a contradiction, it’s because M-Pesa can teach us an important lesson for how we think about effective mobile design.

M-Pesa is ingeniously simple. All that’s required to sign up for the network is a SIM card and a national identification card. Once you’re in the system you can send money to any other registered user with a single text message. Unlike other e-currency and digital payment systems, M-Pesa credit is easy to cash out—all it takes is a visit to one of nearly 80,000 local agents spread throughout the country, and another plain old text message. M-Pesa is accepted for small transactions almost everywhere in Kenya—from airlines and luxury hotels, to taxis, food stalls, and vendors in open-air markets. Bloomberg reporter Charles Graeber spent ten days in Kenya paying only with M-Pesa, and wrote a great account of the experience here. 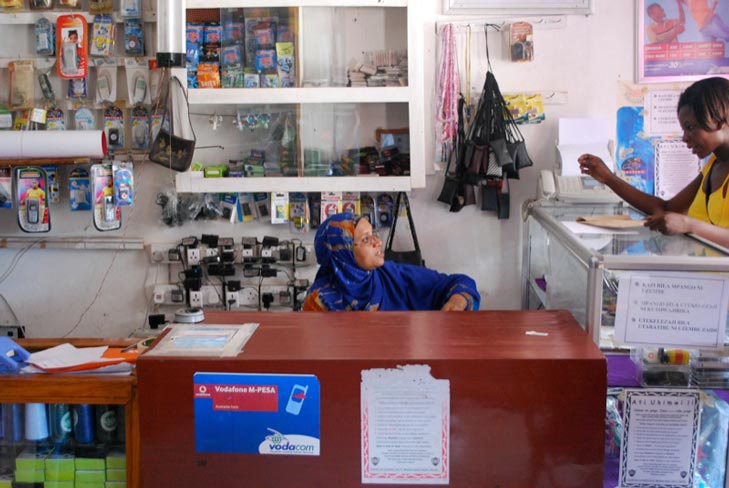 But M-Pesa is more than a way to move money; it’s effectively a bank, and it’s introducing basic financial services to tens of millions that have never used them. The system has bank-level security to protect against money laundering, and because users are registered there’s a record of every transaction that includes first and last names and ID numbers. The system is so convenient and reliable that bosses can pay their employees this way. Banks and nonprofits have also used it to send and receive payments for microloans for small businesses and local development projects. The transaction numbers are stunning: in a country of 43 million people, M-Pesa has over 18 million registered users, and over 40% of the country’s $40 billion GDP flows through the system. It’s been so successful that Vodafone, which operates M-Pesa for Kenyan telecom provider Safaricom, has introduced the system in India and in Romania—countries that also have a large unbanked population.

The contrast between M-Pesa and the US money transfer systems is striking. The financial services industry is huge in the U.S., yet we have some of the slowest financial transaction times in the world. A young person in New York who wants to transfer money to a relative across the country will have a much harder time of it than a young person in Kenya. A hundred dollar bill could move into the M-Pesa system with an agent in Nairobi and cashed back out in a Mombasa market within an hour. In the U.S. the bank transfer could take days.

The reason is structural. Transfers in the U.S. are conducted by individual banks, which tend to process them in daily batches: one batch process overnight at the sender’s bank, another batch the following day at the receiver’s bank. Platforms like Paypal and e-currency like Bitcoin can fill some of this gap, but they run into the same problem when you try to turn a number on a screen into hard currency—you have to move through a bank. Another Bloomberg reporter, Leonid Bershidsky, laid it out the irony in an opinion piece: “The fact that [Kenyans], and now Romanian farmers, can use this futuristic form of money is making me jealous. Technology developed for the ‘financial inclusion’ of the poor could change the rich world for the better.” 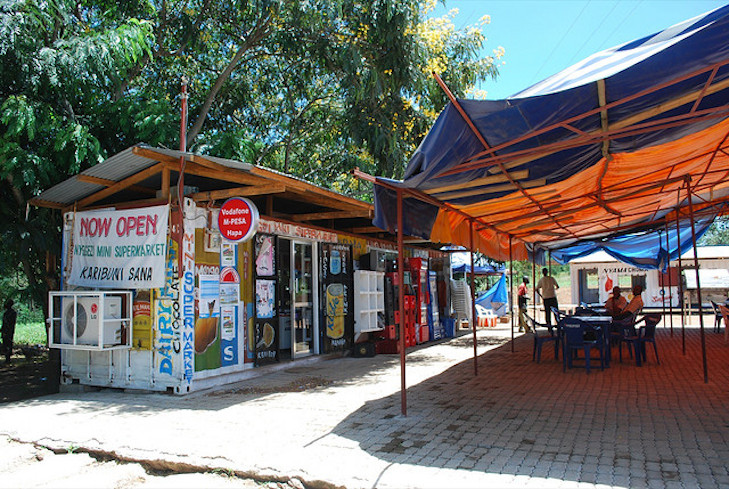 So why hasn’t the rich world caught on? Inertia, and the fact that large institutions have money to lose. In Kenya, Romania, and India, mobile money has taken off because there’s both a huge consumer demand for it, and real financial incentive for the biggest players in the market to make it happen. In the U.S., where 92% of U.S. households have a bank account, the problem of managing money is partially (but imperfectly) solved, so demand from consumers is less pressing, and the banks managing those accounts are in no hurry to radically rework a system in which their balance sheets are coming out just fine.

These kind of entrenched interests are why our imagination as designers—locating creativity in those futuristic cityscapes where everything is cutting edge—can go awry. It’s exactly because Kenyan society is only now in the process of developing modern communications infrastructure that the solutions it arrives at will better reflect the potential of new technologies.

Technology for the Betterment of Humanity

The technologies they have at hand might be comparatively low-tech—flip phones instead of iPhones—but that’s beside the point, because design (in our humble opinion) is first and foremost about meeting human needs. From a user experience perspective, a flip phone in a society that uses M-Pesa is better equipped to manage money in everyday situations than anything you can download to the latest and greatest smartphone. M-Pesa is proof that even in the fast-paced world of mobile, a simpler technology can, in the right context, provide a better solution than a more advanced one. That means that good mobile design is as much about listening to and understanding human problems as it is about developing faster networks and shinier phones.

Here’s the big lesson we’ve taken from the success of M-Pesa: design for the sake of solutions, not designs. When we sit down to talk about our client’s mobile presence the discussion should never be shaped by readymade ideas and clichés about the power of mobile and what it means for our lives. Mobile planning, strategy, design, and implementation needs to be rooted in an understanding of real human issues, and it has to be about cultivating human networks as much as about coding digital ones. Nairobi ought to be on designers’ minds as a mobile empowered city because of its breathtaking success in making that happen.