This year’s Technovation[MN] marked the second opportunity for young women to dream up, design, code and pitch mobile apps encouraged and critiqued by panels of industry professionals. The stakes were high. The top ten teams — six from the high school division and four from the middle school division — will participate in World Pitch Night in San Francisco this June. There they will compete to win $10,000 in seed funding to bring their app to market.

I was selected to be a judge this year, and it was an amazing experience. Technovation[MN]’s Appapalooza event received submissions from 6 high school and 22 middle school teams. Teams were divided into four groups, one for high school submissions, and three four middle schools. I judged one of the middle school groups, some notable concepts from the girls include:

Technovation[MN] supplied the teams with information, mentors and resources so they could code their own apps. Furthermore, participants learned how to create business plans, marketing strategies, revenue calculations and pitch videos — everything it takes to become an entrepreneur. 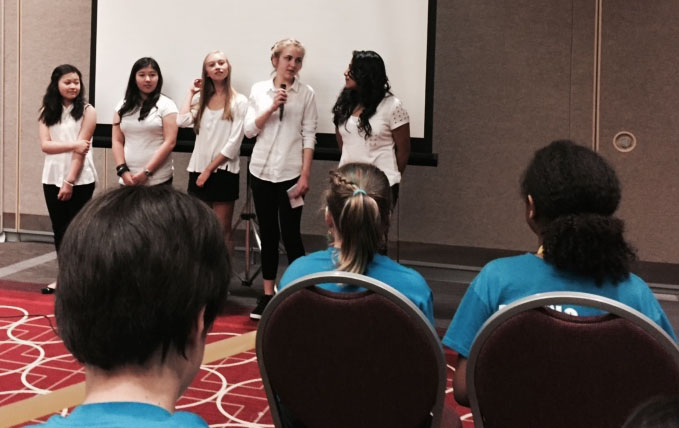 As judges, we reviewed the deliverables from the team, loaded their app using the MIT App Inventor Platform, and scored each submission based on an official rubric. Scores were given to each submission in the following categories:

During the Appapalooza event, the final pitches were given by the team and were again judged against an official rubric. The team presentations included a brief description of the app. Then, their pitch and demo videos were shown on the big screen. Finally, participants could thank all the people who helped along the way. Three middle school teams and one high school team were selected to move on to the semi-final round of the Global Competition.

Technovation[MN] did a wonderful job with the event. We started with presentations in separate rooms, followed by a social intermission where final points were tabulated and winners decided and finally the award ceremony. During the intermission, coordinators provided a dessert bar, photo booth, and music entertainment. It was great to see so many girls with their friends and families rooting them on. The second annual Technovation[MN] event was a great success, and hopefully will draw more students from the Comicon next door in 2016.

If you are interested in getting involved as a Technovation[MN] mentor, judge or volunteer, please drop me a note at eve@mentormate.com.

Equal parts strategy and technical prowess, Eve worked as a Solutions Engineer, Network Engineer and Senior .NET Developer before joining MentorMate. She is a Microsoft Certified Applications Developer, and received a B.S. in Computer Science from the University of Minnesota. When she’s not providing technical consulting or eagerly awaiting the “Internet of things” to be fully realized, Eve indulges her hearty love — obsession — for apps that control household technology.